Kiinawin Kawindomowin | Story Nations is a digital storytelling collaboration focused on the diary of Toronto missionary-journalist Frederick H. Du Vernet, who visited the Rainy River Ojibwe in 1898. Students and faculty from the University of Toronto worked in consultation with staff, elders, and community members at the Kay-Nah-Chi-Wah-Nung Historical Centre of the Rainy River First Nations to develop a digitally annotated edition of diary in text and audio form. The website documents Ojibwe responses to Christianity during a particularly intense time of Canadian colonial expansion on Treaty 3 territory. 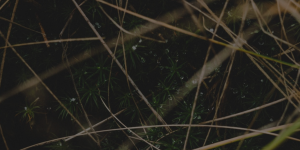 “Networks of Reception, Conditions of Audibility” in the Modernity’s Resonances: New Inquiries into the Secular forum, for The Immanent Frame: Secularism, Religion, and the Public Sphere.

The spiritual vulnerability of colonial settlement, I would argue, is one important reason why both Christian and secular condemnations of credulity and superstition have long been so anxious, and so resonant, in colonial modernity. As the persistence of Indigenous spiritual jurisdiction shows, however, even if those living in settler-colonial states use concepts such as property, law, and secular reason to close their ears to the steady hum of Indigenous presence on the land, the vibrations refuse to go away. 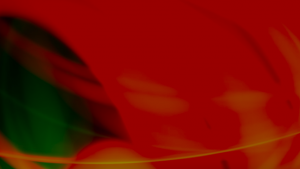 “Revelations in Method” in the Modernity’s Resonances: New Inquiries into the Secular forum, for The Immanent Frame: Secularism, Religion, and the Public Sphere.

Where do ideas come from? What difference do methods of scholarship make in generating new ideas and perceptions that we then channel via writing into theoretical conversations that resonate with others, or at least with other scholars? Uncanny or rational, spiritual or empirical, the genesis of thinking cannot be pinned down. 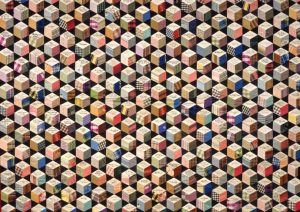 Scott’s theoretical, historical narrative in Sex and Secularism takes its place in a wider conversation in which critical thinkers working in many genres—including film, music, and fiction—ponder gender, race, religion, and sexual difference in a way that refuses essentialism while taking seriously the political effects of these categories on people living in worlds of ongoing inequality and violence. Secularism is not the savior, nor is it the demon in this narrative; it is, like all political ideals, including feminism, a promise that variably incites and excludes. 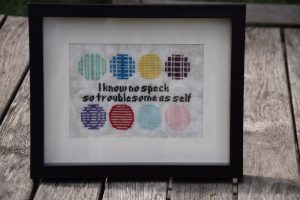 “Epic Lives,” in the Is This All There Is? Tenth Anniversary Forum for The Immanent Frame: Secularism, Religion, and the Public Sphere.

When asked at a cosmic scale, the answer to the question “Is this all there is?” may often be yes. Measured by the secular—in the sense of very long duration—ages that predict the heat death of the universe, the prospects for eternal meaning look dim. Measured by the storytelling genius of George Eliot, Alice Munro, and Elena Ferrante, the answer is also a kind of yes. All that there is can be found right in front of you, in the people whom you encounter in your everyday lives, on the street, in a classroom, in your home. Human relationships are not the only force in the world for change, redemptive or evil. But they are, I hazard, required for our existence. 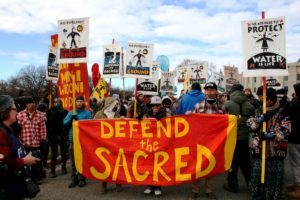 “Secular Christian Power and the Spiritual Invention of Nations” for The Immanent Frame: Secularism, Religion, and the Public Sphere.

Whether or not “church and state” were separated or nestled together, whether or not kings and queens “ruled” or democratically-elected heads of state “represented” the people, the new colonial nation-states in the Americas depended on faith in the righteousness of their own political power. This faith, in turn, depended on ongoing attempts through colonial laws and rituals to erase or deny many Indigenous sovereignties that claimed the land through stories, occupation, and regular patterns of movement. 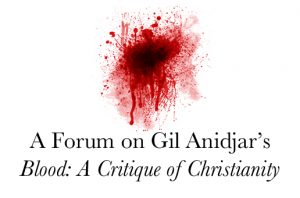 “Fertile Blood” for Marginalia: A Los Angeles Review of Books Channel. Part of Blood: The Element of Christianity. A Forum on Gil Anidjar’s Blood: A Critique of Christianity, ed. Nina Caputo. (refereed)

Christianity — based not only on the crucifixion but also on the incarnation — is a complex social imaginary whose power depends on the combined control and celebration of the maternal body. Reading blood — conceptual or otherwise — through death without also reading it through birth has profound political consequences that reassert and even revitalize the violent innocence of Christianity that Anidjar seeks to critique. 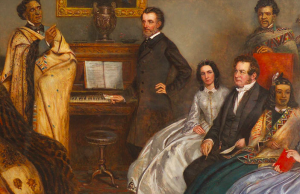 “Genre Intervention: Taming Lawmakers through Prayer, Poetry, and Song” for Reverberations: New Directions in the Study of Prayer, an SSRC Forum.

Though law may tame public prayer, scrubbing its specificity or divine referents, there is still something in its performance that is worthy of consideration as a particular kind of political action. 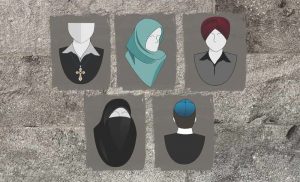 “Off-the-cuff” in a discussion of The Charter of Quebec Values, for The Immanent Frame: Secularism, Religion, and the Public Sphere.

What political good does this charter aim to achieve? To what social concerns does the proposed charter respond, and how does the response shape our understanding of the initial concerns? Is the attempt to ban “conspicuous signs” of religion from the public sector simply an importation of French-inspired secularism, or are there significant differences at work? And what are the fundamental assumptions guiding the Quebec government’s definition of religion, its characterization of religious neutrality and the visibility of religion, and its claims—both explicit and implicit—about the proper role of the state in managing religion? 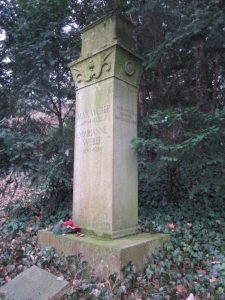 “Max Weber’s Grave” for Frequencies: A Collaborative Genealogy of Spirituality.

These thinkers continue today in their books, and as monuments to certain amalgamations of thought, culture, and biography. As material bodies, they came to a perishable end marked by the solidity of their memorials in stone, granite, or metal. A haunting reminder of religious pasts and mortal futures, cemeteries persist as zones of spiritual mixing of the dead and the living, of the Christian and the Jew, of the scholar and the saint, capable of spooking even the most disenchanted of minds. 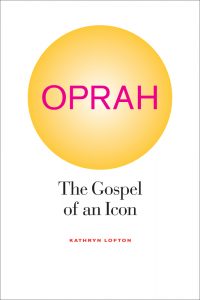 “Divine Pervasion and the Change that Isn’t” for The Immanent Frame: Secularism, Religion, and the Public Sphere.

Inevitably, it might seem, even reading Lofton’s book did the work of effecting Oprah’s pervasion. Not only did I notice her on the streetscape or in the coffee shop, but I also found her, channeled so convincingly by Lofton, turning up in that running inner dialogue that comes along with reading. Maybe a footstool of just the right height, in a pleasing color would actually help me to concentrate more fully on my reading; maybe a better closet solution would help me de-clutter, or even change, my life. 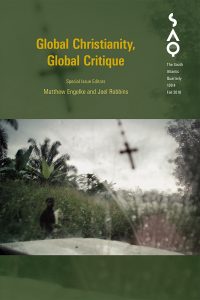 “Blinded by the light, or, Why can’t liberals see?” for The Immanent Frame: Secularism, Religion, and the Public Sphere.

Being aware that we all have elements of aspect-blindness, but also that through the responsible exercise of disciplined seeing we have something worth saying—or worth exposing to the critique of others—is a starting point that anthropologists have long endorsed, if only imperfectly practiced. 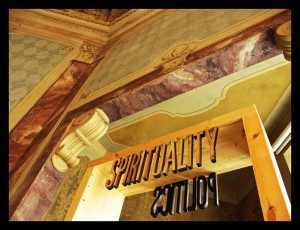 “The Spiritual Politics of Healing” for The Immanent Frame: Secularism, Religion, and the Public Sphere.

Not many people, scholars or otherwise, characterize liberal Protestants as spirit-filled Christians, but seeing the spirit only in charismatic Christians is to miss how a politics of the spiritual has deeply shaped the contours of both “liberal” and “conservative” Christianity in North America. 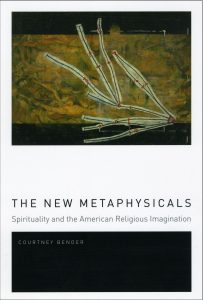 “Power Spots” for The Immanent Frame: Secularism, Religion, and the Public Sphere.

The book’s stories do not convince me that embracing the promise of the moment frees anyone from the burdens of the past—at least when looked at from the vantage point of the social scientist or humanist. However, sitting with these stories of chakras, power spots, and synchronicity should be enough to convince anyone that to ignore or deride their tellers is to close one’s ears to modalities of thought and experience that resonate across a wide range of “religious” and “secular” frames, including those that we are more accustomed to thinking with, whether Protestant, Catholic, or capitalist. Listening to the new metaphysicals, as Courtney Bender channels them, is an experience in retuning the scale of analysis, not in its scope but in its key. 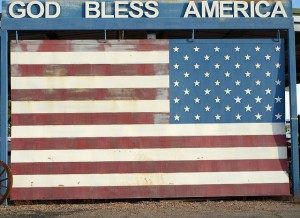 “Fantasies of Sovereignty” for The Immanent Frame: Secularism, Religion, and the Public Sphere.

There is nothing natural about the sovereignty of US or Canadian law, which is not to say that these systems will disappear any time soon. There is much about these legal systems that is worth protecting, perhaps even through their transformation. The sovereignty of the United States and Canada is aspirational, and premised on initial acts of violence that must be remembered. 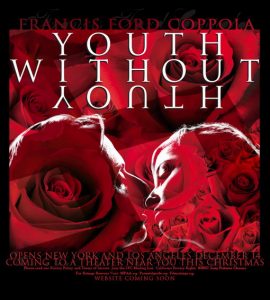 “Repossessing the Past: Eliade’s Youth without Youth” for The Immanent Frame: Secularism, Religion, and the Public Sphere.

Among its many other narratives, then, Youth Without Youth tells a very old, and seemingly eternally recurring tale—women are cast as the immanent grounds for a great man’s ethical and intellectual achievements, with their unknowing and lovely bodies as the tools for his self-awareness, his sensual gratification, his historical significance, and his cosmic anamnesis.