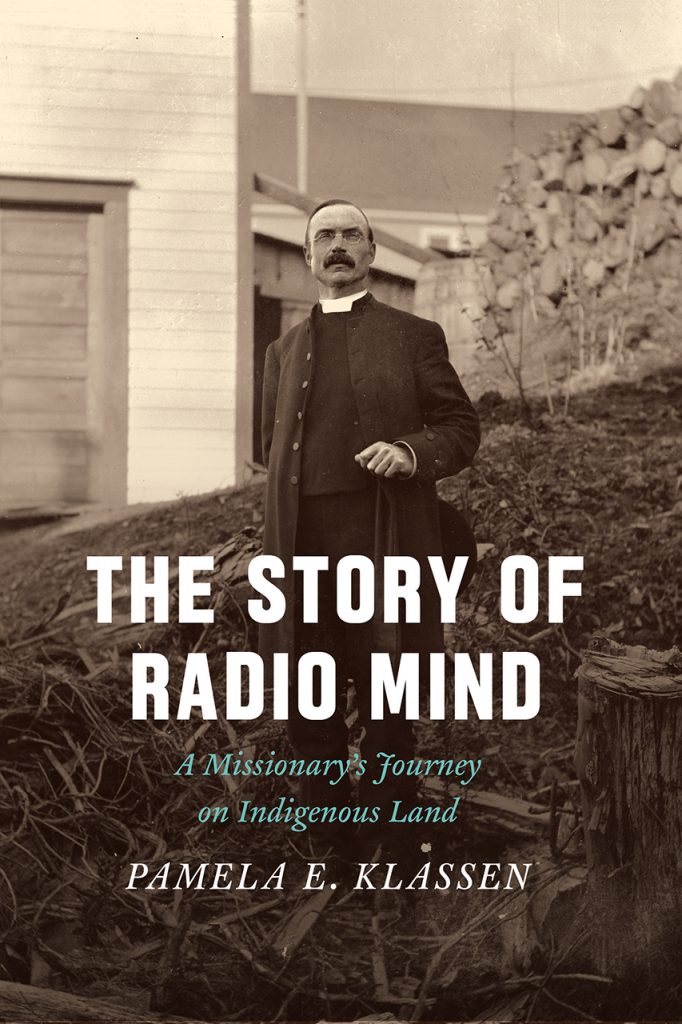 The Story of Radio Mind: A Missionary’s Journey on Indigenous Land, University of Chicago Press, spring 2018.

At the dawn of the radio age in the 1920s, a settler-mystic living on northwest coast of British Columbia invented radio mind: Frederick Du Vernet—Anglican archbishop and self-declared scientist—announced a psychic channel by which minds could telepathically communicate across distance. Through retelling Du Vernet’s imaginative experiment,The Story of Radio Mind: A Missionary’s Journey on Indigenous Land shows how agents of colonialism built metaphysical traditions on land they claimed to have conquered. Following Du Vernet’s journey westward from Toronto to Ojibwe territory and across the young nation of Canada, I examine how contests over the mediation of stories—via photography, maps, printing presses, and radio—lucidly reveal the spiritual work of colonial settlement. A city builder who bargained away Indigenous land to make way for the railroad, Du Vernet knew that he lived on the territory of Ts’msyen, Nisga’a, and Haida nations who had never ceded their land to the onrush of Canadian settlers. He condemned the devastating effects on Indigenous families of the residential schools run by his church while still serving that church. Testifying to the power of radio mind with evidence from the apostle Paul and the philosopher Henri Bergson, Du Vernet found a way to explain the world that he, his church and his country made. Expanding approaches to religion and media studies to ask how sovereignty is made through stories, this book shows how the spiritual invention of colonial nations takes place at the same time that Indigenous peoples—including Indigenous Christians—resist colonial dispossession through stories and spirits of their own.

Responses to The Story of Radio Mind

Panel on The Immanent Frame with essays by David Walker, Miranda Johnson, and myself here and here.

Buy The Story of Radio Mind on Amazon or on Chapters.